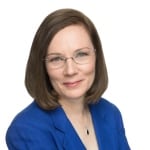 My passion since I was 18 has been to help people enjoy their lives to the full.

It was only much later that I realized this was because I wanted to enjoy life too, and that’s not a skill that came naturally to me.

At first I thought that the secret was in the selection of a career that suits our skills and temperament, since we spend so much of our time at work. So I studied organizational psychology (which also taught me much more about work and workplaces).

But after a few years of working in a couple of Fortune 500 companies, I realized that it’s the attitude or approach that we bring to everything, at work or at home, that determines the quality of our lives and relationships.

Because I was miserable. The approach I was bringing to life was generating too much anger, guilt, depression and conflicts with others.

So I spent several years studying how to develop a more genuinely positive approach, trying out what I learned on myself to see what really worked.

Once I felt I had learned something that could be of value to others, I started sharing what I was learning about cultivating a more positive and collaborative approach to life.

That’s when I realized there’s s skill to helping others acquire this kind of emotion-related learning, and I didn’t have it.

So I spent several years studying the art of coaching, which I would describe as the skill of helping people connect to their own wisdom.

And I also believed that if we can get that right, then all of our other relationships will just naturally fall into place.

It took another couple of years for my coaching clients to teach me that wasn’t true.

So I went looking to understand what’s needed to have good relationships with others. And after a lot of searching and some help from my friends (thanks Mary, Julie Ann and Gerhard), I discovered the work of Marshall Rosenberg.

I remember the day his book arrived in the mail. It was a Friday. I sat down at the kitchen table and read it through from cover to cover, and I knew I had found what I was looking for.

So starting on Monday morning I told my clients, “I think I found what you’ve been looking for to help with your relationships. By the time you’ve read the book, you’ll know as much as I do, so let’s work on it together.”

I was just starting a new relationship myself at the time, and at first John and I both used Marshall’s work as a way to make one another wrong. (Hint: Not a good strategy for improving a relationship.)

But then, thanks to John, we got an opportunity to spend 10 days with Marshall, four of his most senior trainers, and a community of people who were much more experienced in the approach than we were.

That’s when I really got the essence of NVC, which was put into words for me by Robert Gonzales on the last day of the training: “to create a quality of connection in which everyone’s needs are equally valued and are met through natural giving.”

So John and I went back to our lives, and to trying to live the true spirit of Marshall’s work with one another. We are still at it.

And eventually I started sharing what I had learned about Marshall’s work with others. And I learned that I didn’t know how to do that well either, but neither did anyone else.

So over the past 14 years I have experimented with dozens and dozens of ways of helping people to learn Marshall’s work and to use it in their lives – which are actually two very different things, and require two different sets of skills.

And I’ve found ways of sharing it that are not only effective in achieving those two objectives, but also in achieving my original objective of helping people to enjoy their lives to the full, including me! 🙂